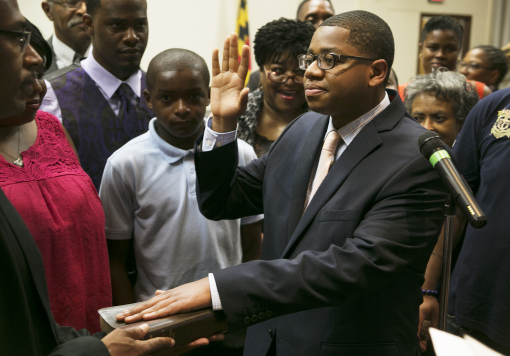 Lowering voting age to 16 is something that majority of local governments can do across America. The following was posted by Austin Plier at FairVote, good friends of Democracy Chronicles:

Around 11:15 pm last evening, January 5th, 2015, the Hyattsville City Council became the second city in the U.S. to extend voting rights to 16 and 17 year old residents for city elections. The much anticipated vote—which will require a second reading and confirmation vote on January 20th—came after almost two hours of discussion at a public hearing hosted by the council. Dozens of individuals contributed their thoughts on the matter, with an overwhelming majority expressing their support for expanding the franchise and lowering the voting age to 16 for Hyattsville elections.

With the City Council’s meeting room packed tight, speakers made a wide range of persuasive arguments in support of lowering the voting age. First, empirical evidence suggests that the earlier in life a voter casts their first ballot, the more likely they are to develop voting as a habit. By lowering the voting age to 16, young people will be engaged meaningfully in the democratic process while they are taking civics courses, and before many of them leave their home communities for college. This is key for young voters, who would likely struggle registering and voting on their own, often in an unfamiliar community shortly after graduating from high school. Voting at 16 allows students to cast their first vote in the community that they grew up in and care most about.

Second, while your first reaction might be to question the ability of young voters to cast an informed vote, research shows that they are ready. Experts in the field contend that 16 and 17 year olds are as informed and engaged in political issues as older voters. It is time that they are empowered to put that knowledge to good use at the polls, and make voting a habit in their formative years. The testimony from young and old proved that this truly is a “second look” issue. While often triggering skepticism at first glance, a second look confirms that 16 and 17 year old voting is a very practical, and frankly, common sense policy.

Perhaps the most important messages of support came from those who will benefit directly — Hyattsville’s 16 and 17 year old residents. During the hearing, Hyattsville teenager Jocelyn Nolasco stated, “I know our students are ready, and will be honored to take this opportunity.” Several other teens spoke to the council as well, explaining why they were ready for this enhanced level of civic participation. Local teen Juwan Blocker reasoned, “You can get a job permit and actually start working. You can get a driver’s permit and start driving. In the court of law, if you’re a 16 year old…you can be treated to the fullest extent of the law as an adult. If we’re put in adult positions, we should be able to vote.”

The discussion that took place in Hyattsville was vibrant, energetic, and was an excellent display of local democracy in action—something that is becoming increasingly rare as national issues and partisan politics dominate the airwaves. The public hearing on lowering the voting age was a reminder of what healthy civic participation looks like, and how it can begin to transform the civic culture in a community. Residents and decision makers alike discussed important questions about their local democracy. What does it mean to have a right to vote? Are we doing everything we can to honor that right? How can we create a more engaged electorate? While 16 and 17 year old residents directly benefited, the entire community made leaps and bounds in achieving a healthier democracy.

Generating conversations (and outcomes) like this are what FairVote’s Promote Our Vote project is all about. In the spirit of establishing a constitutional right to vote, it’s time for localities to follow Hyattsville’s lead and generate a conversation about lowering the voting age, and more broadly, about civic engagement. Emmett Jordan, Mayor of Greenbelt, MD and president of the county’s municipal association, told the Washington Post a few weeks ago that the voting age “debate has caught the attention of 26 other municipalities in Prince George’s [County] and could spread.” It seems Takoma Park, and now Hyattsville, have sparked a conversation that is just beginning to take off.